A pair of pastel-hued bikini underpants are draped across the wall. Riddled with tiny holes, the thong-thin back resembles the mesh of fishnet hose. A large lavender moth orchid hovers over the genital area, recalling the poetic similarities between labia and the petals or “lips” of the flower. The patterned panties embody the teasing shuttle between revealing and obscuring that is the substance of sexual seduction. Leigh Salgado’s cut-paper painting reminds viewers how women present themselves in order to be seen and desired by men. 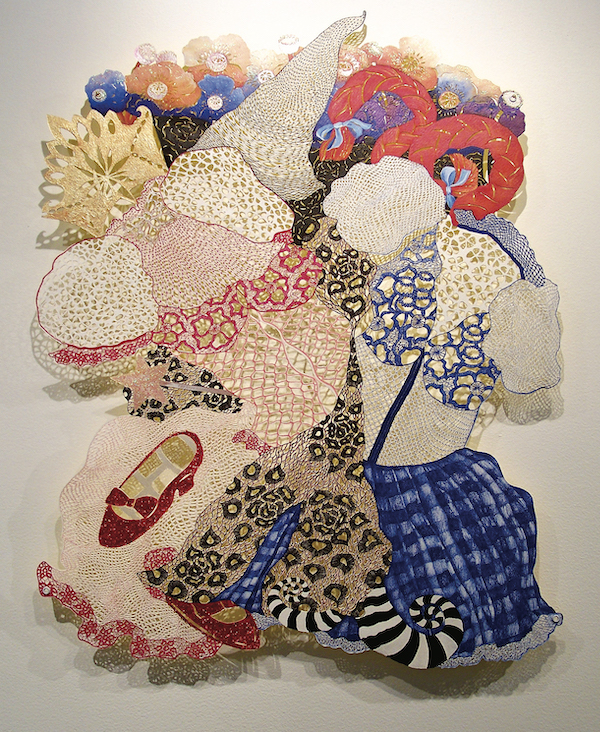 British scholar John Berger was one of the first art historians to analyze this process. In his seminal Ways of Seeing (1972), Berger wrote:

“Men act and women appear. Men look at women. Women watch themselves being looked at. This determines not only most relations between men and women but also the relation of women to themselves… woman turns herself into an object—particularly an object of vision: a sight.” 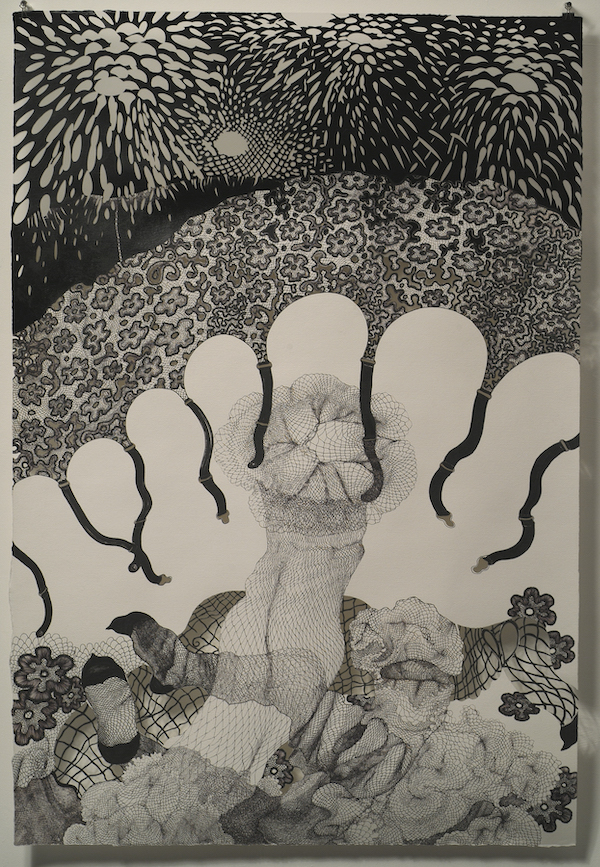 Salgado’s oeuvre explores the ways women see themselves and are seen by others. She focuses on undergarments, the signifying items of feminine intimate apparel that are traditionally concealed and only occasionally—flirtatiously, sexually—displayed. Salgado works with thick paper, first painting, then meticulously carving the surface with an X-Acto knife. The cut-away or negative spaces in her complex, layered works open as lace-like miniature windows onto the walls behind them. 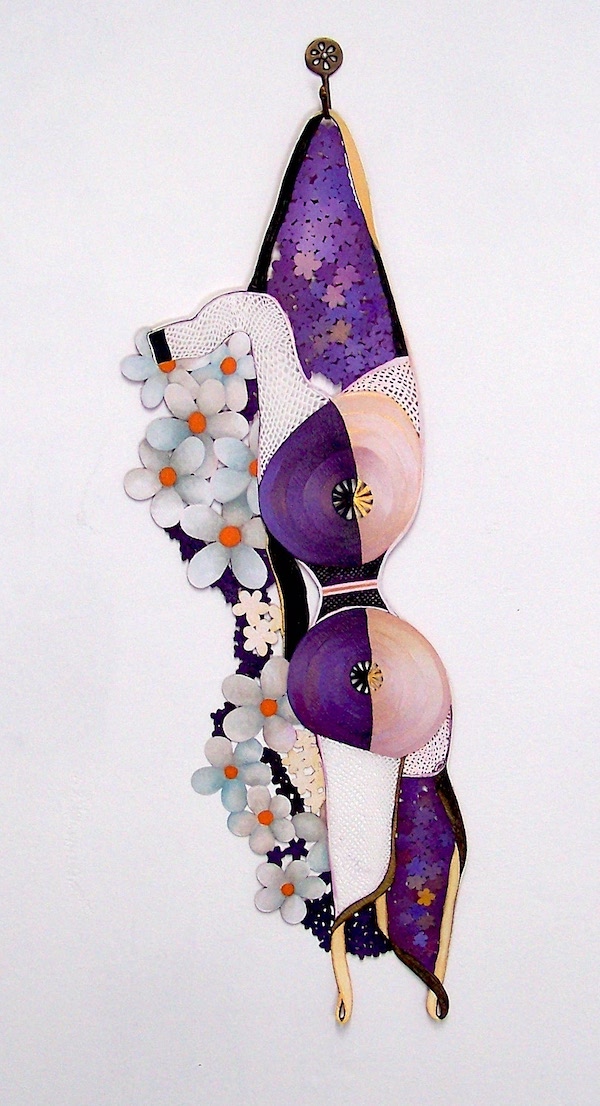 It was not until the late 1990s that Salgado happened upon cut paper as a medium. One day, unhappy with the way one of her drawings was developing, she cut away a section of it. Looking at the result, she had an epiphany. The artist had always thought of 2D art as additive, i.e., one started with a piece of paper (or canvas) then added colors and lines to it. But, she realized, flat surfaces could also be treated subtractively, by incising areas. (As Salgado multiplied the cutaway areas of her works, they began to resemble images from the Mexican folk art tradition of papel picado, although she had not intended the connection.) Today, Salgado is exhibiting her cut-paper works widely, participating in “Dress Rehearsal” at the Oceanside Museum of Art (July 2019–Jan. 2020) and “Let Me Talk” at the Brand Library & Art Center (opening April 2020). 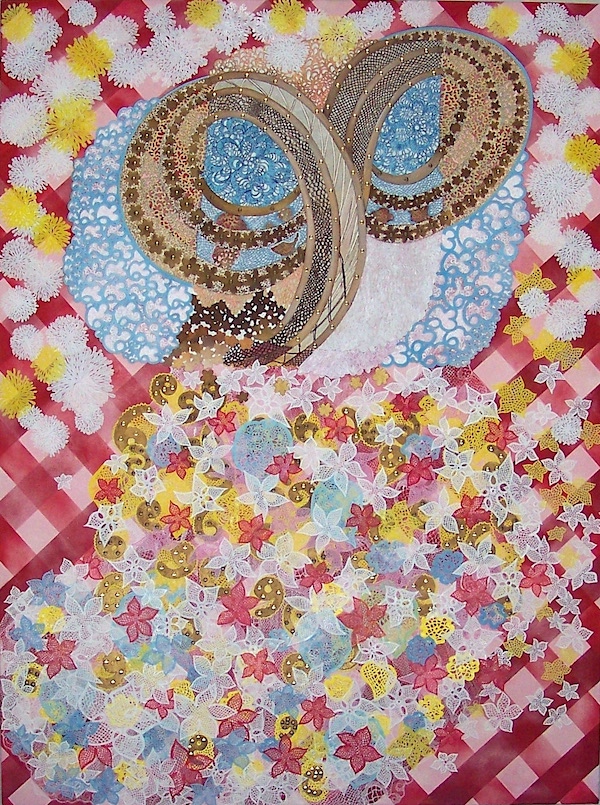 Salgado’s work has always been based on her female identity, with references to female attire and female anatomy. One of her first exhibitions was as part of a group show titled “Girly Things.” Her 2015 exhibition at Launch LA, “Soliloquy,” featured bustiers, corsets and brassieres, all adorned with lace, netting and elaborate floral or geometric patterning. Even without the cutouts or layered dimensionality, Salgado’s works would be intriguing collisions of color and pattern. Her incised works, like Frank Stella’s later compositions, straddle the divide between sculpture and painting. She navigates the inner/outer, personal/public and art/craft binaries. Uncovering what has been covered, Salgado shifts the inside out and challenges viewers to see below/beyond the objectified feminine surface.

All photos courtesy of Leigh Salgado.